History and evolution of Electromobility told by Robert, Consultant at MCA Engineering GmbH 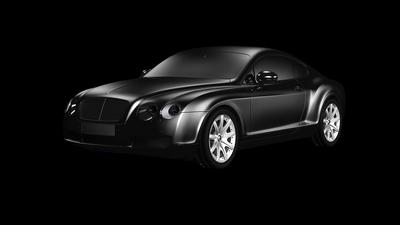 The first electric vehicles started in the 1830s. Model trains were electrified and around 1832, the first cart in Scotland was equipped with an electric motor. The introduction of the first electric car happened in Paris about 50 years later and another seven years later the first passenger car called the "Flocken Elektrowagen" followed.

With the increasing degree of industrialization and the spread of electricity, the car continued to evolve and spread and at the turn of the century around 1900 there were three main types of drives on US roads. Of these, the combustion engines only made up about 20%, steam-powered and electric vehicles each had a share of 40% or around 34,000 vehicles. The range of electric vehicles at that time was about 100 km. However, the demand for electric vehicles decreased with the significantly greater range of petrol engines, cheap oil and, last but not least, the starter, which made starting an internal combustion engine much more convenient and less dangerous.

Electromobility only revived in the 1990s. Until then, it had never really disappeared, but struggled on the street with a niche existence in the form of trolleybuses, light transport vehicles and in the tourism industry. In 1997 Toyota started the first mass production of an electrified vehicle with the Prius and seemed to hit the zeitgeist. The model has sold millions of times since production started. Since then, other well-known manufacturers have entered electromobility, be it with hybrid or fully electric models. The electric range starts at around 30 km for hybrid vehicles and extends up to 600 km for fully electric vehicles such as the Tesla Model S. All vehicles and performance classes are represented, from small to sports cars. But what is in the vehicles? What are the pitfalls, disadvantages, opportunities and advantages?

The structure of an electric vehicle does not differ much from a vehicle with a conventional drive. A "tank" for the "fuel" in the form of a battery is required. An energy converter converts the energy of the fuel into kinetic energy. In addition, a "refueling system" is essential so that the journey does not end prematurely. The most important components are briefly explained below.

The charging station is required to charge the high-voltage battery. You can charge in two different ways. The battery can be charged relatively quickly using direct current. Powers of up to 270 kW are possible with the Porsche Taycan, which still leads to a charging time of 45 minutes with a battery capacity of around 100 kWh. This is due to the charging strategy, which reduces the charging power to protect the battery when the charge level is higher. A major disadvantage of this type of charging is that special charging stations are used for this, which are often only found on motorways. In the city and in private households it is mainly charged with the second option, alternating current. It can be charged via a normal household socket (230V), which corresponds to about 2.2kW in Germany or via a high-voltage connection (400V) which enables up to 22W. Which leads to a drastic increase in charging time of 4.5 hours. This is also a major criticism of electric driving.

Compared to the combustion engine, driving on after refueling the “tank” takes a longer break. Since one charges and drives with alternating current, an electrical converter is necessary for the conversion between the types of current. This is implemented in power electronics. Here the alternating voltage of the charging station is rectified and fed into the battery or the direct current from the battery is converted into an alternating current via inverters for the electric machine. It is precisely this conversion that also limits the performance when charging. Another function of the power electronics is the spanning of the high-voltage system to the vehicle's low-voltage network to supply the auxiliary consumers. The high-voltage battery is therefore more or less the energy supplier for all electrical systems in the vehicle. It is often composed of individual modules in which the individual cells are connected both in parallel to increase the current and in series to increase the voltage. A standard lithium cell has a voltage of approximately 3.7 V. The voltage of the high-voltage network is raised to approximately 400 V via the circuit. The power that can be supplied by a battery also largely determines the possible power that the e-machines can convert to propulsion. Propulsion is carried out using an AC motor. This converts the electrical energy into rotational energy, which uses the output shafts and the wheels to accelerate the vehicle. The advantage over the internal combustion engine is the immediate torque, which means that the acceleration of an electric vehicle is superior to that of a comparable combustion engine, especially when starting. 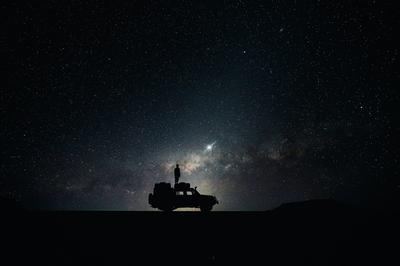 A major challenge is to identify abnormalities on the test bench, which restrict the test operation and to eliminate malfunctions. Mastering communication with the customer, gathering all the necessary information and the agility that my project brings. A day can turn out quite differently, whereby it always starts the same way. Collecting information about the actual conditions of the test benches. Did abnormalities occurred in the night runs, to what extent extensions were implemented and if there are new parts deliveries available. After that, it usually goes on quite differently. From the procurement of urgent spare parts to the planning and conception of test bench extensions, updating of the test specimen and flashing new software for the control units to be tested and the associated commissioning. Every now and then there’s the need to update the prototypes control unit software and to test it over evening or weekend trips.

At the beginning, I was quite skeptical about my work content, since I focused on other topics during my studies and electromobility only took up a small part. After about a year in the project, I am proud to work on the mobility of the future. In addition, it is exciting to accompany the development of new vehicles directly, to see the progress and to be able to experience the product.

Posted on February 17 2020
Return to all articles
We use cookies to analyze the traffic on our website and to ensure that we give you the best experience. By continuing to use this website, you are giving consent to cookies being used.